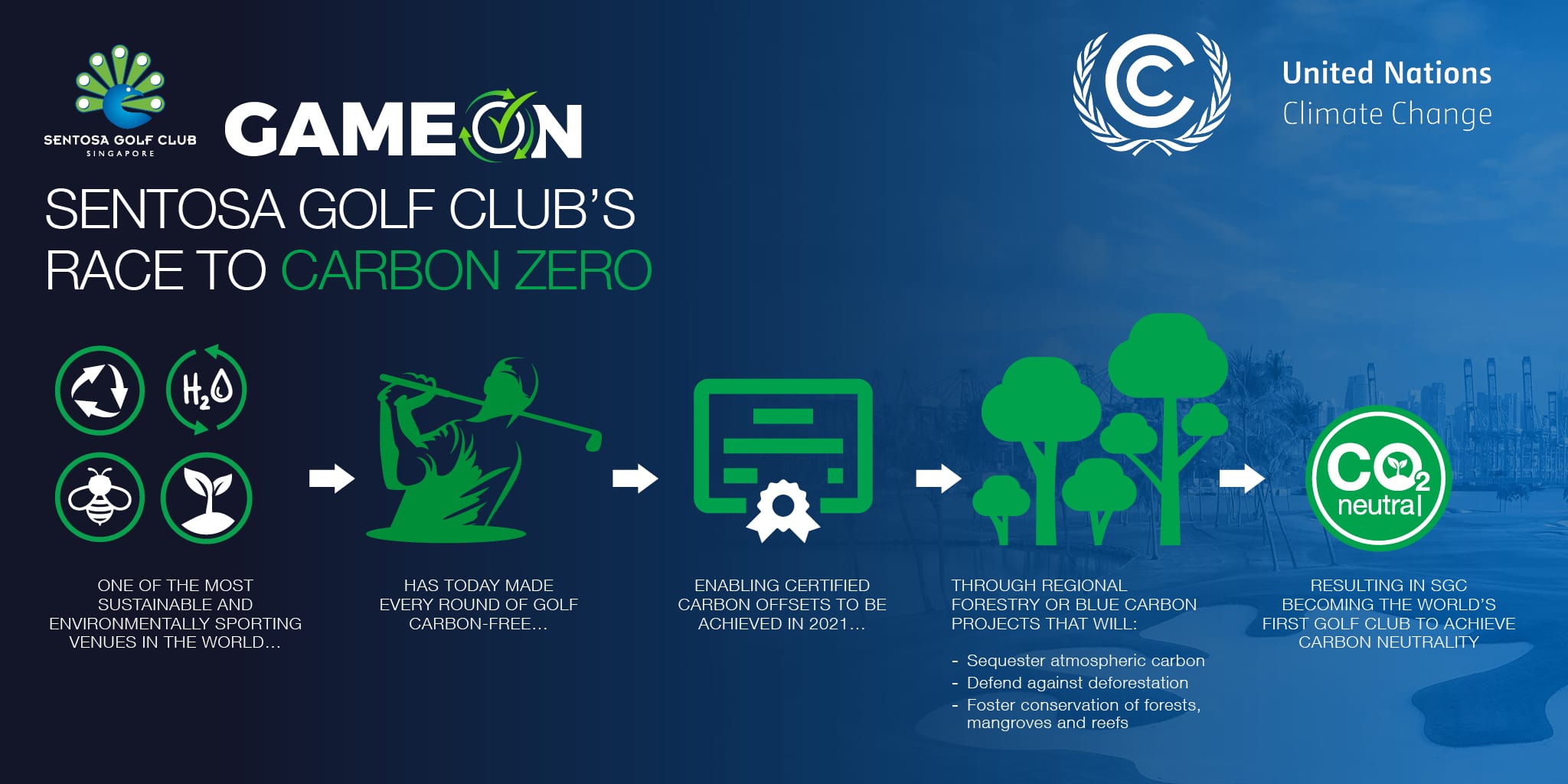 The announcement comes during Sentosa Golf Club’s hosting of the HSBC Women’s World Championship, dubbed ‘Asia’s Major’, where 69 of the world’s best players are set to battle it out on The Tanjong.

Contributions from golf rounds over the next 12 months will be set aside to support the purchase of certified carbon offsets through regional Forestry or Blue Carbon projects, that will sequester atmospheric carbon while defending against deforestation and fostering conservation of forests, mangroves and reefs.

This latest goal builds on the Club’s various carbon mitigation measures over the past few years, including achieving Singapore’s Green Mark (Platinum) certification through enhancing the energy efficiency of its clubhouse, the first in the region to introduce lithium battery golf carts and increasing the efficiency of its irrigation system by deploying some 1,200 water saving sprinklers across the golf courses.

Moving ahead, the Club will further realise its carbon neutral goal by stepping up its efforts to pursue solutions that will make club operations and grounds maintenance more carbon efficient, including golf equipment and maintenance fleet electrification initiatives and renewable energy sources.

Sentosa Golf Club’s commitment is aligned with SDC’s goals towards sustainability. SDC announced in March 2021 that Sentosa Island would be transformed into a carbon neutral destination by 2030 as a key goal in its sustainability plan, bringing on board some 200 businesses within Sentosa to work towards the collective aspiration of island carbon neutrality.

“The Club is also proud to be aligned with Sentosa Island’s recent commitment to become a carbon neutral destination by 2030 and we are looking forward to working closely with SDC and other businesses on the Island to achieve this goal. Our vision is to deliver a world-class facility of exceptional quality, and our commitment to carbon neutrality will safeguard the Club’s long-term future and allow us to be a model for sustainability in golf worldwide.”

Thien Kwee Eng, Chief Executive Officer at Sentosa Development Corporation, added “Sentosa Development Corporation is excited by Sentosa Golf Club’s commitment to become the world’s first carbon neutral golf club. Golf can act as a catalyst in the fight against climate change and it is great to see one of Singapore’s premier golf clubs leading the way in reducing carbon emissions. The Club’s sustainability agenda is closely linked to that of the Island’s, and we are looking forward to working alongside the Club as we progress towards achieving Sentosa’s goal to be carbon neutral by 2030.”

This announcement is the latest in a long list of sustainable initiatives and commitments made by Sentosa Golf Club since the launch of its newest environmental campaign, GAME ON, at the 2020 SMBC Singapore Open. The campaign is designed to help educate and illustrate to the wider golfing community how important modern sustainable practices are for the betterment of the environment, acting as inspiration for golf clubs around the world to make changes to reduce their own carbon footprint.

Sentosa Golf Club intends to continue developing its sustainable initiatives in 2021 by installing two food and horticultural waste digesters to limit carbon emissions by grinding down waste on-site and reusing it as fertiliser on its two championship courses.

The Club also continues to explore alternative energy solutions such as solar, as well as other sustainable food produce options, whilst its collaboration with GEO Foundation aims to pioneer new innovative practices and report credible results to share with other golfing organisations around the world.

For more information on Sentosa Golf Club visit www.sentosagolf.com or follow the club on social media: 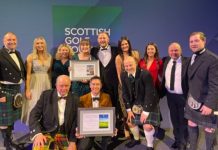 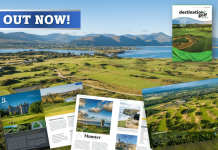 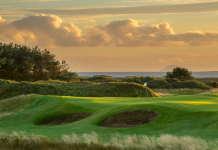 GOLFERS CAN ENJOY HOME COMFORTS WITH A HOUSE IN ESTORIL