An extensive renovation project has been undertaken by the management team at Spanish destination La Finca Resort as they aim to enhance the venue’s reputation as the very best golf resort in Costa Blanca. The new team, consisting of Brendan Dwyer (General Manager), Luke Murphy (Commercial Director) and Ana Lopez (Marketing Director), boasts a wealth of experience – having previously worked together at La Manga Club in Spain – and has set its sights on building on the resort’s recent success.

“Our focus as a management team was to create a modern and exciting golf resort that offers the best cuisine in the region, to be enjoyed by golfers and visitors alike,

“The recent redevelopment work that we have carried out has taken an already fantastic venue and elevated it to the next level, but the hard work doesn’t end here. We are a highly ambitious and driven team and we are committed to growing La Finca Resort’s stature as the very best destination in the region.”

Thorough development work has been carried out at the resort, including a revamp of the five-star Hotel and the opening of Jardines La Finca Restaurant, which serves the very finest in Mediterranean cuisine with a touch of designer style.

Two new restaurants and a winery will also be opened later this year as La Finca Resort builds upon its reputation as a true gastronomic hub; Frijolino, a Mexican Italian hybrid restaurant is set to open in the summer, followed soon afterwards by Misto Grillhouse, while the Bodega La Finca winery will open its doors in autumn.

In recognition of its already superb facilities, La Finca Resort was named ‘Spain’s Best Golf Hotel’ at the 2019 World Golf Awards which reward excellence in golf tourism around the world.
The award ceremony, popularly referred to as the golf Oscars, was attended by the world’s golf tourism elite and followed La Finca Resort’s accolade of ‘Spain’s Leading Sports Resort’ at the World Travel Awards in June.

La Finca Resort has built a reputation as a go-to destination for golfers thanks to its three prestigious golf courses: La Finca, Villamartín and Las Ramblas, each of which are currently in the second year of a three-year course enhancement project.

Villamartín opened in 1972 and hosted the European Tour’s Mediterranean Open in 1994, while Las Ramblas was opened in 1991 and La Finca has developed into a benchmark golf course in the province since opening in 1992.

The facilities at the resort include the five-star hotel with 120 guest rooms, an outdoor swimming pool, a stunning conservatory next to the garden with space for 350 people, and a first-class racquet area with both tennis and paddle courts.

In 2019, work was undertaken to renovate half of the hotel rooms in partnership with a prestigious interior design company to modernise the décor.

The hotel facilities also include the newly renovated, luxury spa (with a gym, water circuits, and massage and treatment rooms) and several cocktail bars and cafeterias, along with the wide choice of restaurants which are set to be introduced this year. Commenting on the future plans for La Finca Resort, Dwyer said: “We are on a continuous journey to enhance our offering at La Finca Resort and put the venue on the map as the very best golf resort and pinnacle of golfing tourism in Costa Blanca.

“We are extremely proud of what has been achieved at the resort to date and we will continue to build on that success in 2020 and beyond.” 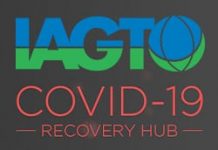 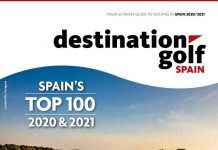 Read about the renovations at @IslandGolfClub by Martin Ebert (of @golfarchitects) in the Summer 2020 Destination Golf Global Guide. https://t.co/t1AqeieX7o @Dest_golfguide

Abu Dhabi is a gem hiding in plain sight

Royal Port Alfred Golf Club – in the heart of the...