Home Destination Features Enjoy the craic and fine food at the 19th hole in Northern...

When you tee off in Northern Ireland it isn’t just the world-class golf that leaves you with a warm glow inside.

A traditionally-friendly welcome awaits golfing visitors in this northerly part of the island of Ireland.

And of course there’s the legendary craic – or crack, as it is sometimes spelt north of the border – in the 19th hole of golf clubs after a round as well as in its hospitable pubs and bars.

The clubhouse bar is the focal point of Northern Ireland’s golf clubs and visiting golfers will quickly find themselves making new friends over a round or two of drinks after their round on the fairways.

These days, however, the après-golf experience is just as likely to be gastronomic as it is savouring a pint of the black stuff or a nip of whiskey from Ireland’s oldest distillery, Bushmills. Northern Ireland’s food and drink scene has come on in leaps and bounds in recent years and a golfing trip offers a great opportunity to savour some of its cuisine offerings, not least in golf club restaurants, where their chefs are cooking up quite a reputation for themselves.
If you thought Northern Ireland was just potatoes or stew, think again. These kitchen wizards are using local produce to fashion culinary creations that have garnered several top awards, while Northern Ireland has just been named the world’s best food destination at the prestigious International Travel and Tourism Awards, held in London during November’s World Travel Market.

Accepting the award, Michele Shirlow, Chief Executive of Food NI, Northern Ireland’s food and drink promotion body, said: “This international award is a marvellous accolade for our industry and local producers in particular and should be a major benefit for our rapidly developing tourism industry as it seeks to attract even more visitors from across the world and in particular, golf enthusiasts for The Open in Portrush in 2019.”

The Catalina Restaurant at Lough Erne Resort, named after the World War II flying boats that were based on Lough Erne, was Northern Ireland’s first 3 AA rosette hotel restaurant and was awarded Fermanagh’s best restaurant by the Restaurants Association of Ireland, which also saluted Executive Head Chef Noel McMeel as the region’s best chef. He was recently named one of Ireland’s top 10 chefs for 2018 by Food & Wine magazine. His ethos is also to use locally-sourced ingredients in the restaurant’s menus, which feature classic and contemporary dishes.
Galgorm Resort & Spa, which hosted the World Luxury Spa & Restaurant Awards in July, has opened a new 150-seat barbecue smokehouse restaurant, the Castle Kitchen & Bar, at Galgorm Castle Golf Club in a £600,000 investment. It also features a 60-seat balcony terrace providing alfresco dining with views across the castle grounds and golf course.
You can savour views at other golf club restaurants in Northern Ireland, too. The restored 18th century Coach House at Roe Park Resort, once a stately country house, incorporates a restaurant that overlooks the revamped par-3 6th hole and the elevated clubhouse of Belfast’s Belvoir Park Golf Club has a restaurant and bar called The View as it looks out across the tree-lined fairways to the Black Mountains beyond.

Those wanting to drink in the craic after their round can do so in settings from the world’s oldest clubhouse at Ardglass Golf Club, originally built as a coastal castle more than 600 years ago, to 2017 Irish Open host Portstewart Golf Club, which boasts one of Ireland’s most modern clubhouses.

The best way to work off all that food is to play one of Northern Ireland’s courses. It’s an absolute feast of great golf.

For more information on Northern Ireland and its golf, visit:
http://www.discovernorthernireland.com 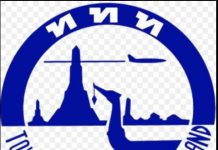 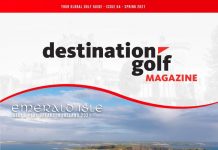 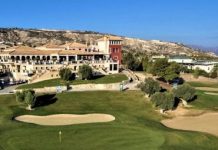 GOLF ON THE COSTA AND SO MUCH MORE

We’re delighted to be welcoming back visitors from the rest of Scotland to North Berwick and we have a superb green fee offer for you. Tick Scotland’s 5th highest ranked golf course off your bucket list this summer ...

The golfing gods have certainly played ball with the weather today as we welcomed back those golfers unable to join us in recent months due to travel restrictions.

A stunning day on #ScotlandsGolfCoast and another step towards normality!